While in COVID-19 self isolation this evening I slipped into a funk. I spent a shorter time than usual on social media today but this evening I saw a post being shared. It was an amendment to the Public Health Ordinance here in Trinidad and Tobago forbidding public congregation until the 31st of July. 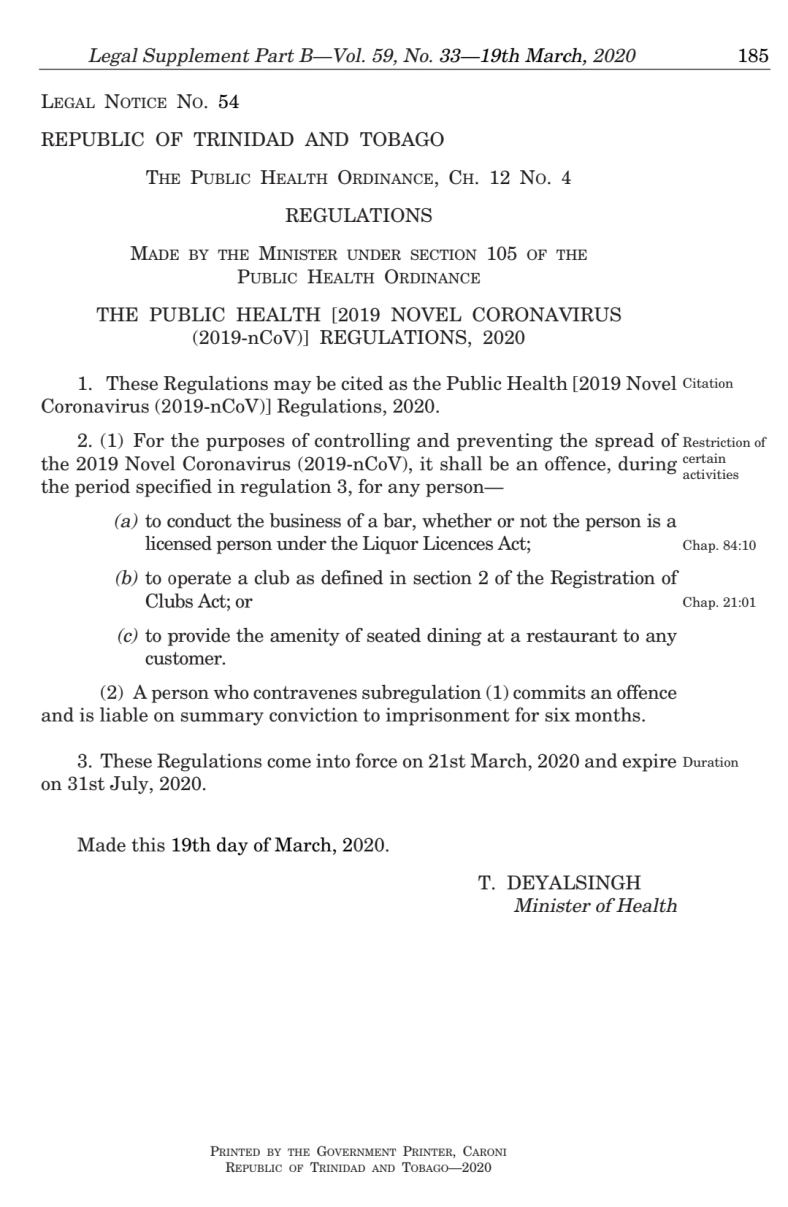 Admittedly at first I was amused in the sense of ‘look at where we reach because Trinis too harden* and can’t do what they’re supposed to do!’ Then I considered how many times I sat to eat or drink in a public space: the mall food court, KFC, TGIFridays, Eddie Hart grounds, the doubles man…to think that this is now an illegal offence is troubling. It’s as though that move concretized the whole thing for me (and it didn’t help that I just finished season 3 of the Handmaid’s Tale).

We are really in a crisis. This is a state of limbo which I hate like most states of limbo. My brain works itself into overdrive. When I considered the amount of money people would lose in this singular industry, particularly people with children, even children in exam classes, it prompted deep thought and a deep shift in perspective for me. Negative vibes came out to play.

So when I feel a hint of anxiety which has the possibility of increasing, in order to ground myself and keep it in check, one of the things I do is to read random stuff (real random things eh like anyone who saw my Google history would probably write me a referral to a special place)😔. I happened upon this article which made the spirit settle a bit and I’m sharing it here so maybe it can help ground someone else. Sometimes you have to see things as they are rather than what your well-intentioned visions were, reality may be easier to accept. I’m working on it.