I have always had this aversion to hospitals, particularly the Mt Hope Medical Science Complex. The stories relayed to me by family and friends were enough to confirm my resolve to never end up there for any kind of medical care that I may need for myself and my family, free as it may be. Granted there are horror stories in all the public hospitals in Trinidad and Tobago but I was so certain in my assessment of Mt. Hope that I had my two elder gremlinz in the Port-of-Spain General Hospital although I lived out of the catchment area. When it was time for #gremlin3, I couldn’t run the same racket again and decided to fork up the umpteen thousand dollars at the St. Augustine Private Hospital. The fear for Mt Hopeless was indeed very real.

In my twelve years of being a mother I ended up at the Mt. Hope Children’s Hospital only once, that was in desperation when the firstborn was verrrrrry young. I did’t stay very long, it was late, the place was packed and I had visions of not being able to be comfortable for hours on end with a sick child on my hands while waiting to be attended to. Beyond that, although there were cuts and scrapes and two buss heads, there was nothing major. Now, I don’t know if i have ever mentioned this before but Boyo (#gremlin3) is a little different from the other two. Mt Hope has seen me twice in the space of one month.

The first occasion was an accident where he took that Five Little Monkeys song pretty literally. 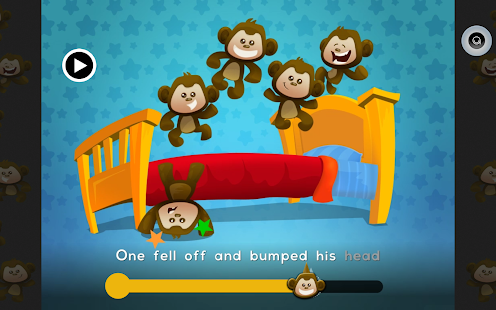 In an effort to save him from himself, there was a collision, a bit tongue, a bloodbath and a desperate race to Mt Hope. Thankfully the place was empty, the visit was short, the doctor was super nice and his tongue healed in less than a week.

The second episode was this past weekend. Long story short, he awoke with a belly pain that came in waves causing him great discomfort (aka screaming and hyperventilating) and his belly was really hard to the touch. Based on the last visit I was comfortable enough for yet another desperate race to Mt Hope which led to:

Lemme stick the pin in here.

Never in my life had I ever stayed the night in a hospital other than to birth humans. I started to feel sick because 1) This was Mt Hope and 2) This was Mt Hope. Now, the pediatric doctors and nurses were AMAZING eh, but in my mind, I still felt like I was overstaying my welcome the 6plus hours that I had been there and that my luck would run out. It’s one thing to know you are leaving, it’s another to know that you have to stay. So le husband was dispatched to retrieve the necessities and I was sent with Boyo to another ‘less temporary’ room. To continue with the lessons that I learnt:

I thank God that the result was no intus and resulting ‘air enema’ or surgery. I still have no idea what was the cause even though the doctor discharging me indicated the virus or early gastroenteritis.  All in all I was happy with the level of care given at the Pediatric Department. The doctors were young, enthusiastic and knowledgeable, nurses were mature and gentle, even with frustrated parents. I would definitely return, Peds isn’t hopeless but I am holding tightly to my reservations for the adult section. I don’t need time to tell to find out the truth on my own.